Danish startup Spiri revealed their on-demand carpooling service in late August, and is now ready to show off its first prototype vehicle. The company decided to build its own all-electric car from the ground up, using an engineering team with talent from Aston Martin, Tesla and more, in order to arrive at a final product that best suits the needs of frequent, multi-passenger urban navigation.

Spiri  stresses that this is still very much a prototype, with ex-Tesla VP and Spiri board member Peter Carlsson calling it “basically a lab on wheels” in a press release accompanying the unveiling. The idea is to tweak features including handling, interior cabin space, range and safety options through testing before deciding on what the final Spiri vehicle will look like once it hits roads in active use.

The current Spirit car design only weighs around 992 lbs., which is way less than the Tesla Model S starting at 4,597 lbs., or even the BMW i3 at 2,635 lbs. The startup achieved that weight by basically throwing out everything on a standard car that “add[s] zero value to a person’s daily commute and travel,” according to Spiri CEO Stefan Holm Nielsen in a statement. That means there aren’t any interior body panels, and around one-quarter of the total parts used in making a regular consumer car. There isn’t even any paint. Plus, the vehicle’s body is entirely made out of carbon fibre, a light but strong material commonly used by EV makers to shave off valuable ounces in service of efficiency.

Spiri does have a bit more tech on-board than your average car, however, since it’s constantly connected to the cloud in order to ensure the cars are monitored throughout their use for safety. Passengers are also registered via the Spiri app and matched with others using the startup’s algorithms to maximize the effectiveness and speed of its carpooling routes.

Spiri’s ultra-light EV will help it optimize service pricing to achieve user fees the company says will be similar to the cost of a bus ticket, along with its plan to use customers as drivers of the vehicles, giving them free access to the cars in exchange for their service. Eventually, Spiri says it’s eyeing vehicle automation as a way to eliminate the need for even that portion of its business model, but for now the company’s biggest hurdle remains getting quality, responsible and safe drivers behind the wheel while also relying on unpaid members of its general user group.

The startup aims to begin its service sometime in 2017 in a city in one of five launch countries, which include the UK, Germany, Denmark, Norway and Sweden. 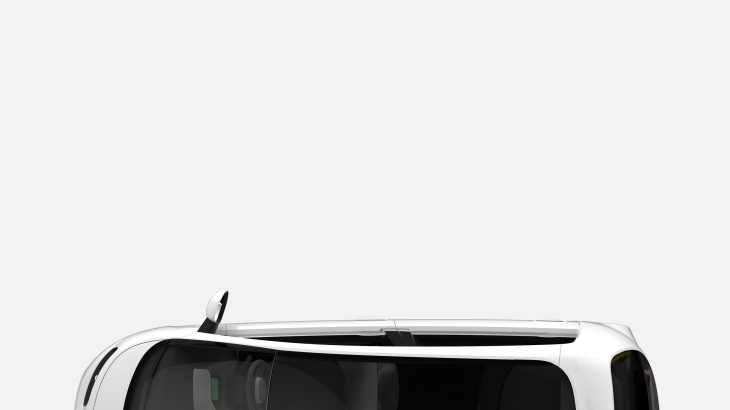 Danish startup Spiri believes urban transportation is still massively inefficient, and it’s setting out to tackle the problem from a few different directions. First, it’s building an on-demand carpooling service, similar to the UberPOOL offering. Second, it’s going to use its own custom electric vehicles to do so. Finally, it’s using customers as drivers, in exchange for free rides. Service is currently set to begin in 2017.

Basically, that means the approach is a hybrid one that borrows aspects of what car sharing networks like car2go have done, with the on-demand taxi-style approach. The deal for drivers is that they can use Spiri’s  fleet of cars free, provided they agree to pick up some passengers along the way and drop them off en-route to their destination. Passengers foot the cost of operation, paying what Spiri says will be costs in line with “public transport prices.” It’s working with Drivr, a dispatch and ridesharing platform provider, for the software side of the service.

Spiri’s most interesting aspect might be that it’s using its own cars. The vehicles are described as “ultra-light electric” ones. They’ll be multi-seaters, and the company claims 50 percent more energy efficiency as compared to the majority of electric cars on the road again, thanks to its use of lightweight materials. It’ll also boast “more legroom than a Mercedes S class limousine,” according to board member Peter Carlsson in a press release, who previously acted as Tesla’s VP of supply chain.

Exactly what said car will look like isn’t public, yet. When asked for further information, Spiri told me that the vehicle design “is all electric and bespoke built for city transport. This means it’s ultra lightweight. It’s sheds all excess car bling bling resulting in using only 25% parts of a normal car.” The entire thing has been designed in-house, Spiri says, as the startup “has been in stealth for more than year with engineers from Tesla, Aston Martin, BMW, DriveNow, Rimac and a lot more” working on the car.

Spiri tells me that hitting the roads with driver-controlled cars in 2017 is just step one, and step two will be putting self-driving Spiri prototype vehicles into testing later that same year.

The first glimpse of the car will be revealed at TechBBQ, a Danish tech conference happening September 20. Until then, people interested in signing up for the service can register today at Spiri.io. We’ll be sure to check out the final design of their vehicle, which based on the teaser does look interesting (panorama roof in a short-bodied frame?).

Corralling a crowd of adults into a single vehicle is not glamourous, comfortable, or easy. But one Copenhagen-based company has brewed up a petrol-free car option that looks more like a superhero’s weekend chariot than a crowded sedan that’ll cramp your style. The company, Spiri, hopes to combine on-demand ride-sharing with eco-friendly carpooling for a hipper, Uber-like alternative that could spell doom for unflattering minivans.

Spiri has higher-ups who include former engineers and execs from the likes of Aston Martin and Tesla. The company’s namesake car is all-electric vehicle that’s a modest 1,700lbs, has a carbon fibre body, an impressive 200-mile range, and the ability to recharge its 36.5kWh battery in as little as  40 minutes.

The company envisions customers renting out a Spiri using an app, and then picking up strangers along the way who are headed in the same direction, and who are automatically matched with the driver. After the journey, the service tells you the nearest drop-off spot to return the vehicle. The effort launches next year, with sign-ups open on the company website for folks who want to be a part of the initial pilot programme. It’s free if you take the initiative to be the driver; it costs a small fee if you prefer to bum a ride, and your credit card is charged automatically.

Conversely, if you’d rather do the hitchhiking and not the chauffeuring, plug in your destination and create what the company calls a “virtual bus stop,” and drivers pick you up as they’re alerted to your location on their app. The app pre-designates all pick-up and drop-off locations.

“We are bridging the gap between what urban transport looks like now and what it will be like when self-driving cars come on the market,” says Aika Poulain, PR and communications manager at Spiri.

The car is a checklist of contemporary car buzzwords: Ride-share, electric, low-cost. It’s one thing to reinvent the business model — think UberPool in which a driver uses his or her own personal ride to wrangle individual strangers who share a common destination all at once — but it’s another thing to reinvent the vehicle itself.

Spiri is thinking about carpooling at its most elemental level. What does a vehicle actually need to look like to most comfortably and effectively haul multiple people at once? Spiri starts with the obvious: Space. Backseat passengers should get just as much leg room as those in the front, and Spiri attempts to maximise wriggle room. The Spiri ride is also cheap to make, and cheap to use — they company says that for a passenger, a ride will cost the same amount as bus fare.

But why build a whole new car from scratch, instead of buying something off the shelf? It’s because Spiri claims it’s not just about building a different kind of car, but a whole new kind of transportation.

“Current cars are heavy, bulky, and expensive, and our style on-demand carpooling service would wear and tear these cars from the multiple-a-day trips on daily basis,” says Poulain. Poulain says that the Spiri vehicle isn’t exactly complex — it’s made of just 700 parts, instead of the thousands found in normal cars.

The Spiri car took 11 months to design and build the first prototype, which Poulain describes as a “lab on wheels” and reminds us that the final look could be quite different. Why the bizarre tyre layout, with the front two so close together? Poulain says that the team looked at three-wheeler concepts and found that such designs result in fewer required parts and needed bodywork in the front end. But squeezing in a fourth tyre in the front gives the car the same stability as a four-wheeler.

The company released a prototype — but a final version will actually cruise the streets of the yet-to-be-picked test city and see just how effectively it can ferry riders en masse.

Does Spiri look at a service like UberPool as a competitor?

“We like to think that car ownership is our biggest competitor,” says Poulain, pointing out that there is no individual driver making money off his or her fares, and that the goal is to create something that’s powered on community. “Our ultimate dream is to provide such an outstanding urban transport service and product that the concept of owning a vehicle becomes unattractive to people.”

As long as consumers keep eschewing cars in favour of ride shares, the need for the ideal group car will continue to rise. Whether or not the solution is bubble-shaped people-movers, however? That remains to be seen.